A Voice from Nahr El Bared

From 3Oth October to 12th November 2011 we welcomed Abdullah Barakeh as our guest in Italy. Abdullah is the coordinator of the NGO Beit Atfal Assumoud for Northern Lebanon. With the association for peace ‘Un Ponte per ‘ - A bridge for we had arranged a very busy calendar for Abdullah.

On more than one occasion Mr Barakeh has drawn attention to the repercussions of the European economic conjuncture, the Japanese crisis and the Middle East War on the already critical situation of the Palestinians in Lebanon.

Projects launched successfully in previous years by Beit Atfal Assumoud thanks to international aid are at risk of losing funding for their day to day administration. The NGOs with ever-decreasing subsidies  are no longer able to guarantee the continuity necessary to support for example, welfare centres for mental health, dental clinics, children’s nurseries or social centres, all of which are run by Beit Atfal Assumoud for the benefit of the vulnerable Palestinian population in the camps.  This is not due to an incapacity on the part of Assumoud to become independent but is a reflection of the  impossible situation in which they find themselves: the Palestinian economy in the refugee camps  can never break free of its dependence on international aid until Lebanon changes its policy on the social exclusion of Palestinians.

This was one of the main topics under discussion in the meeting with CGIL (the Italian General Confederation of Labour) Campania’s international department. In the course of this meeting ULAIA requested that through the corresponding Lebanese trade unions a path of mediation and political commitment be undertaken regarding the right to work.

Our guest gave a speech at UNESCO’s World Day of Peace and Development at the City of Science in Naples, where ULAIA had been invited to present their ambitious music project for the Lebanese refugee camps within the framework of the programme “10 best practices for cooperation in the fields of development, promotion of peace education and intercultural dialogue”. Abdullah Barakeh’s intervention, only a few days’ after UNESCO’s recognition of Palestine, was greeted with a standing ovation.

In Rome, ULAIA, with Luisa Morgantini and Monica Maurer,  played host to Mr Barake at the “Casetta Rossa”, with readings from Francesca Borri’s book “Someone to talk to”, interviews with Israelis and Palestinians. The readings were performed by Alida Castagna, Carmelo Sudano and Marco Cinque under the direction of Tanny Giser. 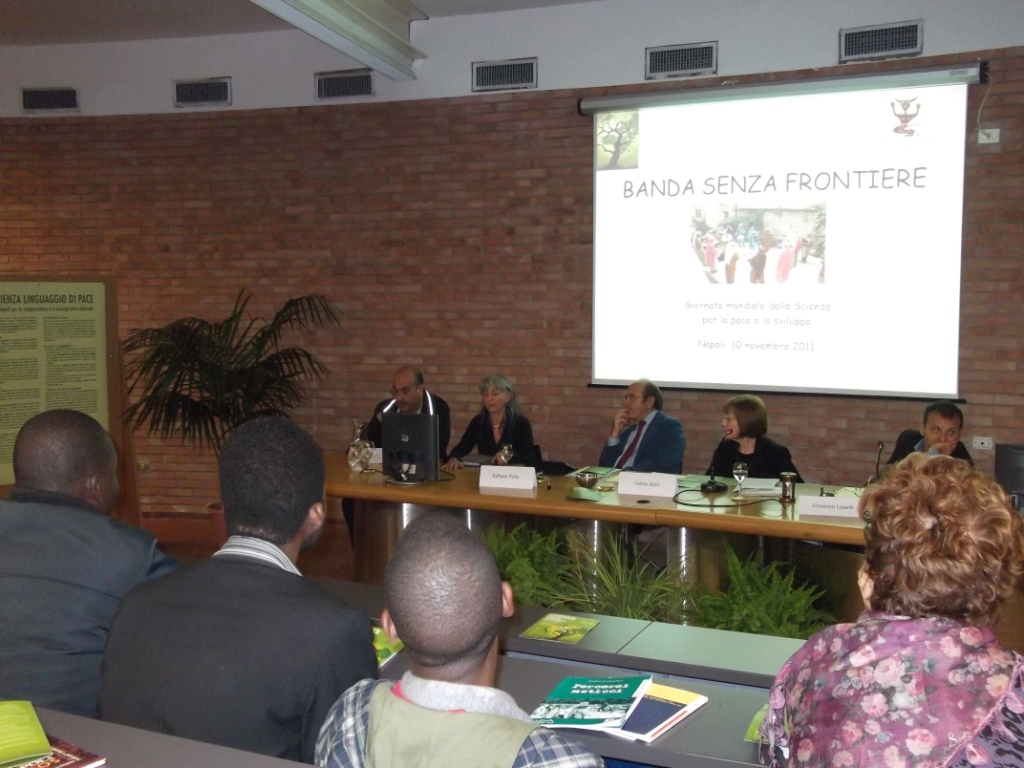