The great enthusiasm on the part of all the young participants both girls and boys was unleashed into their boxing gloves from the very start.

A new challenge for Marika Prandato, Italian kickboxing and savate champion who volunteered  her services for two extended periods in this self -financed project.

We would like to thank the following people for their support: Giacobbe  Fragomeni, Stefania Bianchini, Silvia La Notte, and everyone who supplied the basic equipment needed to start. From Milano:Stefano Pianezzola, LEONE sport, Flavio Melotti and the guys of the instructor’s course from Thunder Gym. From Rome: Marco Gilotti (Combat School Gym) and Massimo Barone (ASD Gladiators Boxing).

The project originated from the need to promote physical activity, specifically martial arts, in a reality in which bodies are really put to the test due to the grim living conditions (cramped, damp and overcrowded housing, narrow streets, lack of communal spaces) and the inadequate and run-down schools. 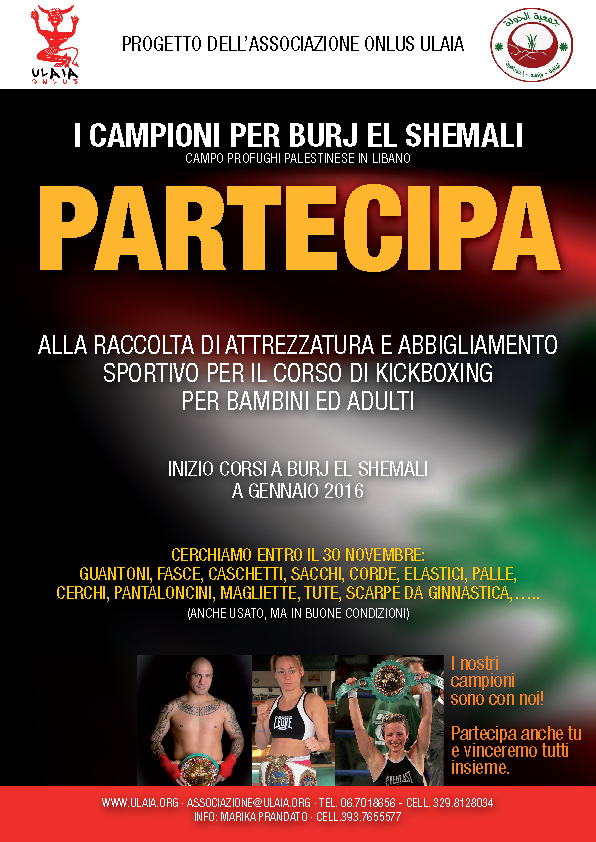